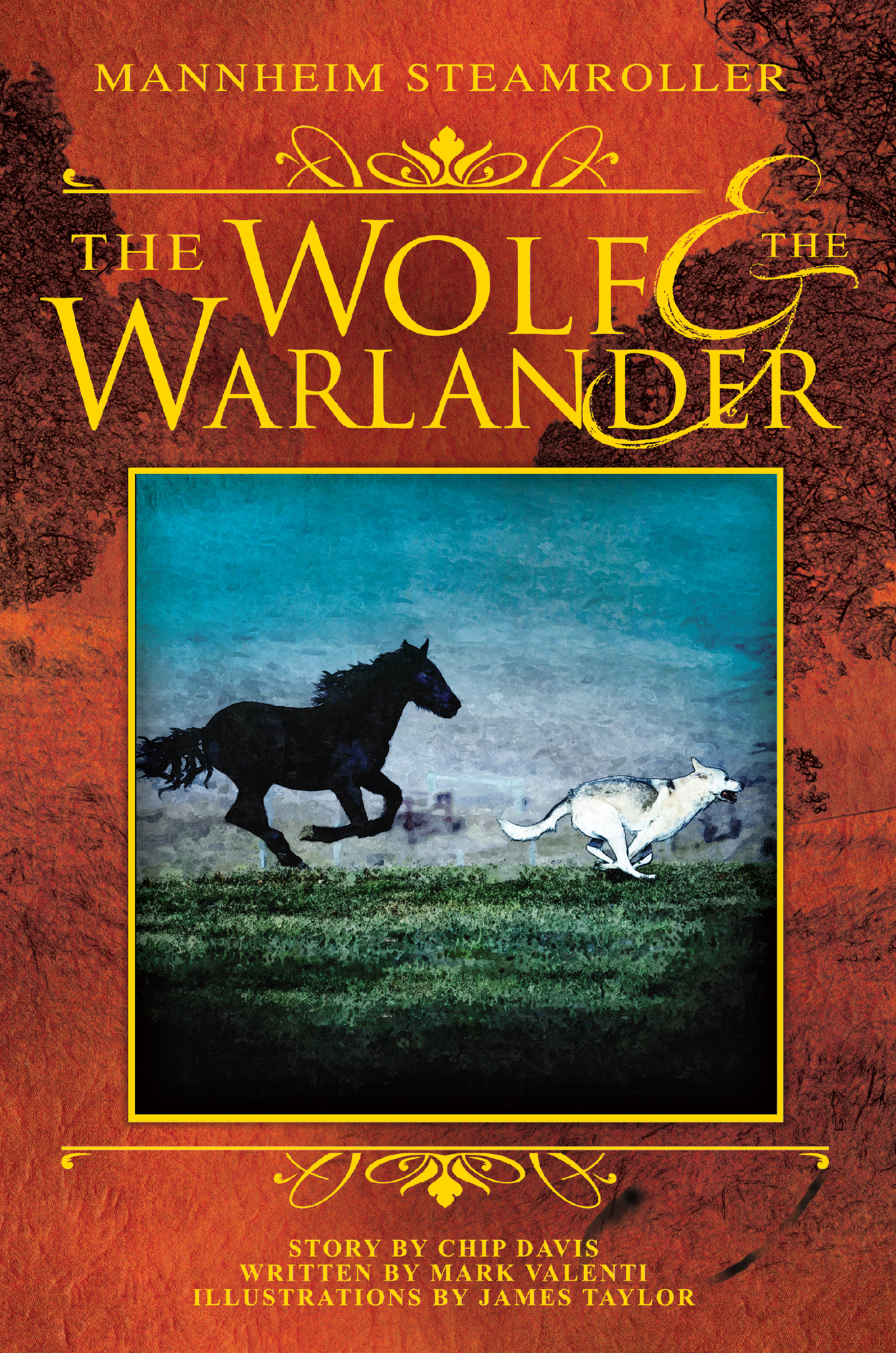 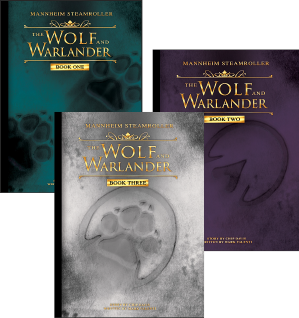 Hot off the Presses! Chip’s latest childrens/YA book, The Wolf and The Warlander, has just come out! The boxed trilogy captures the incredible adventures of two unlikely friends — Seti the Wolf and Ghost the Warlander Horse. Brought together by unusual circumstances, these natural enemies grow up alongside one another until a series of events leads to their separation. They each face individual challenges that arise from their natural environments. Somehow, through the hardships of life in the wild and vicious attacks by predators, they forge an unforgettable alliance.

The story was inspired by two of Chip’s many animals. Seti is one of his two timberwolves and Ghost is one of several horses on Chip’s farm. “Both of them were born about the same time and have grown up together,” said Chip. The book cover and illustrations are taken from photos of the real Seti and Ghost!

A story to be enjoyed by all members of the family.

Order at Mannheimsteamroller.com
Also available at:

The Wolf and the Warlander trilogy captures the incredible adventures of two unlikely friends – Seti the wolf and Ghost the Warlander horse. Brought together by unusual circumstances, these natural enemies grow up alongside one another, facing the challenges that arise from their opposing instincts. Somehow, through the hardships of life in the wild and vicious attacks by predators, they forge an unforgettable, inspirational alliance.

The Wolf and the Warlander trilogy includes:

The Forever Time – Book One – introduces the world where these friends meet and become joined as spiritual brothers. Seti, orphaned as a newborn, is found by Ghost and his father. Ghost persuades his father to allow the young pup to live with them until he’s old enough to strike out on his own. The pasture becomes their playground as Ghost and Seti romp and explore. Despite their differences, they find common interests – the love of adventure, a shared fascination with nature, and a strong desire to push their boundaries. Their precarious friendship is breached when Seti’s father, a strong and brutal pack leader named Shadow, discovers his son is alive. Seti is taken from the only home he has ever known, and is forced to adopt the harsh and unforgiving life of a wolf in the wild. When a marauding wolf attacks Ghost, Seti is faced with a fight between his instincts and his loyalty.

Ride The Wind – Book Two – continues with Ghost taking a prominent role in the daily life of his herd. As he learns to be a leader, he also begins the search for a mate who will share his life. But this idyll is disrupted when Ghost is captured by humans and forced into the role of pack horse by a cruel master. Meanwhile, a catastrophic fire breaks out in the forest, forcing Seti and his family on an epic journey to find a new home. The wolf and the Warlander are reunited through a remarkable series of events that culminate in a natural disaster that proves costly to their friendship and to their individual spirits. It’s only through the bittersweet grace of forgiveness that they reach a poignant and meaningful peace.

The Long Road – Book Three – opens with the two friends in close proximity near the pasture where they grew up together. Ghost deals with a physical disability that proves costly to the welfare of his family, and he must summon perseverance on a level beyond his endurance. Old rivalries erupt as Seti’s earlier choices threaten to upend the very fabric of his family life. Ghost is presented with an opportunity to settle old disagreements and heal wounds in an epic, cross-country race, but he struggles with self-doubt. Seti devises a plan that leads Ghost to a stunning realization, and a thrilling display of courage that promises to ensure the legend of the Wolf and the Warlander will never be forgotten.